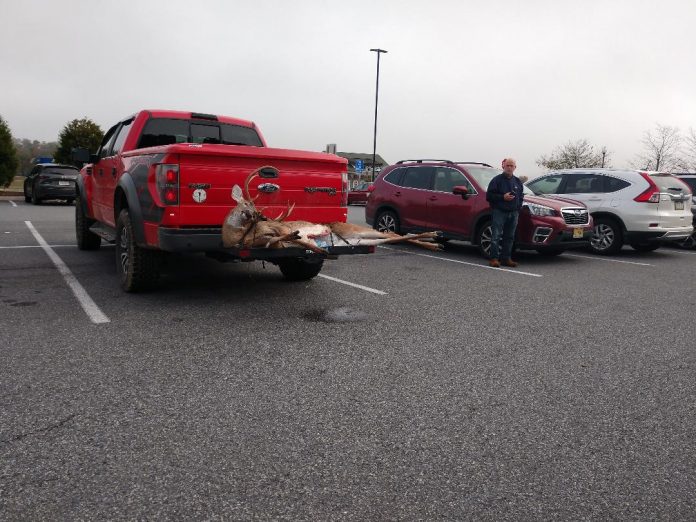 Pennsylvania’s upcoming firearms deer season – always the most popular on the hunting calendar – features abundant whitetails and increased flexibility in when and where hunters can harvest them.

According to the National Deer Association, in 2019 – the most recent year for which full statistics are available – Pennsylvania ranked second in the nation in buck harvest per square mile, trailing only Michigan. It produced almost three times as many bucks per square mile as any other state in the Northeast.

Two-thirds of those bucks were mature animals at least 2.5 years old, too.

Hunters likewise did well on antlerless deer. Pennsylvania ranked second nationally in 2019 in doe harvest per square mile, behind only Delaware. It produced two times as many does per square mile as any other Northeast state.

The 14-day 2021 statewide firearms season is designed to maximize flexibility, in three ways.  First, it begins on Saturday, Nov. 27, and continues on Sunday, Nov. 28, providing hunters – many off work or school – a full weekend to be afield. Deer season then runs through Dec. 11, closing only on Sunday, Dec. 5.

Second, hunters with the proper licenses can harvest either an antlered or antlerless deer at any time throughout the season anywhere in the state. That’s a change from last year, when just 10 WMUs allowed concurrent buck and doe hunting.

The number of antlerless tags available this season was reduced in many WMUs compared to last to account for the additional days of antlerless hunting. Even where tag numbers are up – in WMUs included in CWD Disease Management Areas or where the goal is to stabilize deer numbers – the increase in tags is smaller than it would have been had seven days of concurrent hunting remained in place.

The Game Commission this year made it possible for hunters willing to use antlerless tags to get more of them if the allocation hasn’t been sold out. It adopted a regulation change allowing hunters to hold up to six antlerless licenses at a time. That’s up from three previously.

That’s designed to give hunters desiring to take deer the opportunity to do so, and maybe even let last-minute license buyers get in on the action.

Last season, for example, more than 16,000 antlerless licenses remained available in mid-November in WMUs 2A and 4A. Yet hunters who already had three tags couldn’t buy any, even though no one else wanted them.

“It truly is an exciting time to be a Pennsylvania deer hunter,” said Game Commission Executive Director Bryan Burhans. “Hunters have the opportunity to pursue large-racked bucks in numbers unlike anything we’ve seen in more than a century. Plus, they’ve got more flexibility when it comes to deciding when and where to take antlerless deer.

“We know that’s important. In Pennsylvania and across the nation, hunters busy with family, work and school commitments consistently list lack of time as the biggest obstacle to getting into the woods. These changes address that and set the stage for folks to make some wonderful memories.”