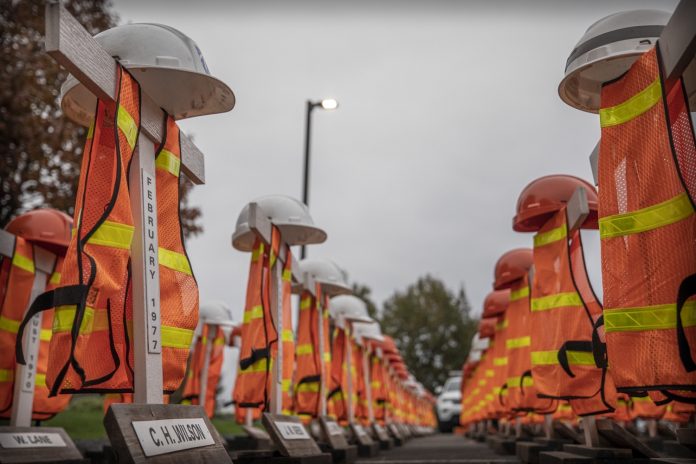 According to PennDOT data, in 2019, there were 1,059 fatalities on Pennsylvania roadways, with 217 in the Philadelphia region (Bucks, Chester, Delaware, and Montgomery counties).

“We are still dealing with ‘new normal’ due to COVID-19, but one thing that remains constant is motorists must continue to do their part, for themselves, road workers, pedestrians, and bicyclists, to drive safe because one life lost is one life too many”, said Robyn Briggs, PennDOT District 6 Safety Press Officer. “Please use this safety day as a reminder to commit to practicing safe driving behaviors.”

To help combat work zone crashes, PennDOT and the Pennsylvania Turnpike’s enforcement of the statewide Automated Work Zone Speed Enforcement (AWZSE) program began in March.  Vehicle-mounted electronic systems detect and record motorists exceeding posted speed limits by 11 miles per hour or higher in active work zones. Registered owners will receive a warning letter for a first offense, a violation notice and $75 fine for a second offense, and a violation notice and $150 fine for third and subsequent offenses.

“It is critical for the safety of all road users that motorists obey traffic laws, reduce speed, eliminate distractions behind the wheel, don’t drink and drive, slow down, and move over for emergency vehicles in order to prevent unnecessary tragedies on our roadways,” said Jana L. Tidwell, manager of public and government affairs for AAA Mid-Atlantic.  “The frequency of drivers engaging in improper behavior is too high. If you point to the dangerous behaviors of others that you sometimes do yourself, then you are the problem. One loss of life is one too many.”

AAA Foundation for Traffic Safety research finds that drivers perceive distracted, aggressive and impaired driving as dangerous, yet many admit to having engaged in these activities while behind the wheel – a “do as I say, not as I do” mentality.  For example:

“Statistics show that crashes are the leading cause of death among 16-24-year old age group,” said State Trooper Jessica Tobin. “Driver inexperience, distractions and speed are contributing factors. It is important to understand the decisions you make affect everyone. You, your family, the victim and their family, and society.”

Guessing there might be lots of day drinking tomorrow.
https://www.pennlive.com/coronavirus/2020/11/some-pa-restaurantsbars-to-close-early-offer-deals-amid-gov-wolfs-thanksgiving-booze-crackdown.html

Applications are accepted now until April 9, 2021.

Most people I know aren’t complaining they can’t go out on Wednesday night. They’re too old. Like me. They rightly feel for people in the service industry who look forward to working that night and making big money. @GovernorTomWolf took that away from them.