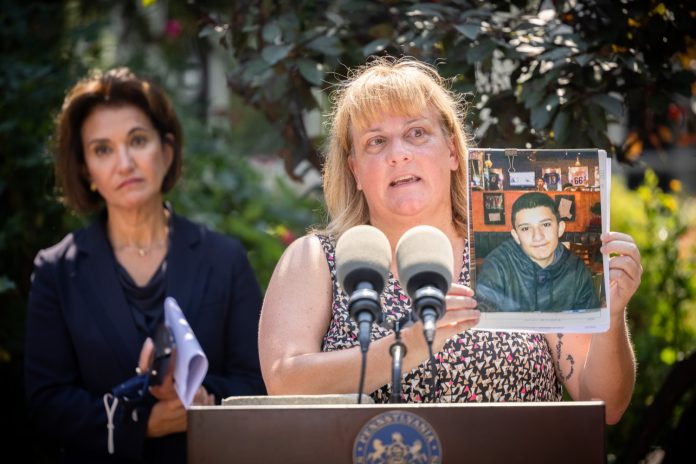 The Pennsylvania Department of Transportation, Pennsylvania State Police, and the Pennsylvania DUI Association gathered with local police agencies and victim’s advocates in the DUI Victims’ Memorial Garden to urge motorists to celebrate responsibly ahead of the Labor Day holiday.

“Crashes involving impaired drivers are entirely preventable,” said PennDOT Secretary Yassmin Gramian. “We are urging motorists to ensure their safety and the safety of others on our roadways by designating a sober driver this Labor Day weekend and every time they drink.”

The event featured victim advocate Kelli Donlen, whose nephew Zachary Gonzalez is
memorialized in the DUI Victims’ Memorial Garden. The garden, which was dedicated in
October 2003 and is located in front of the Pennsylvania DUI Association’s headquarters in
Harrisburg, honors and remembers Pennsylvanians who have been killed in impaired driving crashes. Currently, more than 2,200 people are memorialized in the garden.

Impaired driving enforcement goes beyond checking for alcohol impairment. Law enforcement also work to identify motorists impaired by illegal drugs and prescription medication or some combination of these. Pennsylvania has approximately 225 Drug Recognition Experts (DRE) or specially trained officers who look for impaired drivers and assist in DUI investigations when drug-impaired driving is suspected.

“We honor and remember the lives lost because someone chooses to drive impaired,” said PA DUI Association Executive Director C. Stephen Erni. “Labor Day weekend and every remaining day of the year, the message is clear: Do not drive impaired. Our collective goal is to end the suffering caused by an individual’s choice to drive impaired.”

“Travelers are reminded this holiday weekend to slow down, buckle up, and don’t drive impaired or distracted,” said Captain Robert Wagner, assistant director of the Bureau of Patrol with the Pennsylvania State Police. “Troopers are trained to look for impaired driving behaviors and consistent with our highway safety mission have a zero-tolerance approach toward driving under the influence of alcohol or drugs.”