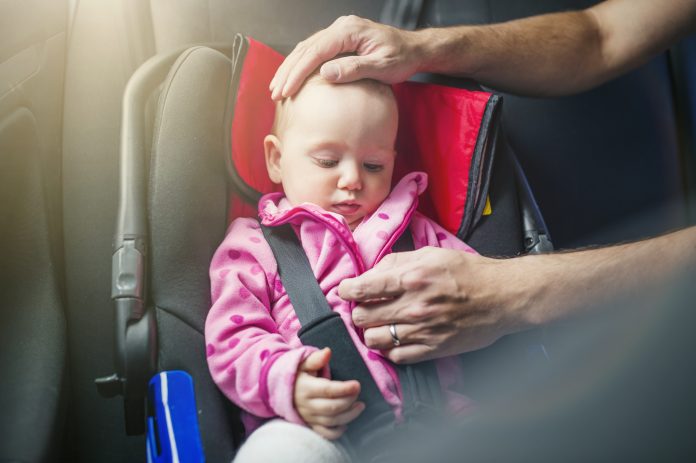 The Pennsylvania Department of Transportation (PennDOT) and its safety partners are reminding motorists to buckle up in connection with the “Click It or Ticket” Seat Belt Enforcement Mobilization running through June 5.

Representatives from PennDOT, Pennsylvania State Police (PSP), and local law enforcement were joined by Erie County Coroner Lyell Cook today at the Millcreek Police Department for an event to promote safety on Pennsylvania’s roadways and draw attention to the dangers of not using a seat belt.

According to PennDOT data, there were 1,230 statewide roadway fatalities in 2021, including 378 (31 percent) who were not wearing a seat belt. In PennDOT’s District 1, which includes Crawford, Erie, Forest, Mercer, Venango, and Warren counties, there were 29 (42 percent) unbelted fatalities among the 69 total roadway deaths last year.

By comparison, there were 16 unrestrained fatalities and 21 total roadway deaths in the northwest region during 2020.

“It is concerning to see the number of lives lost on our roadways increase. We can all help stop the trend from worsening simply by always buckling up,” said PennDOT District 1 Executive Brian McNulty, P.E. “Properly wearing a seat belt is the single most effective thing you can do to prevent death or serious injury in the event of a crash.”

The National Highway Traffic Safety Administration (NHTSA) says wearing a seat belt increases a person’s chance of survival in a crash by up to 60 percent and can keep motorists secure in their vehicles.

“The most tragic deaths are the ones that could have been prevented and the most preventable are ejection from a vehicle,” said Cook. “The majority of motor vehicle deaths due to ejection would not have been fatal with the simple use of seat belts.”

Throughout the ongoing “Click It or Ticket” campaign, PSP is joining forces with hundreds of municipal law enforcement agencies in Pennsylvania and other states to send a zero-tolerance message to motorists that driving or riding without a seat belt will result in a ticket, no matter the state.

Pennsylvania law requires drivers and passengers 18 years and older to wear a seat belt when behind the wheel or in the front passenger seat of a vehicle.