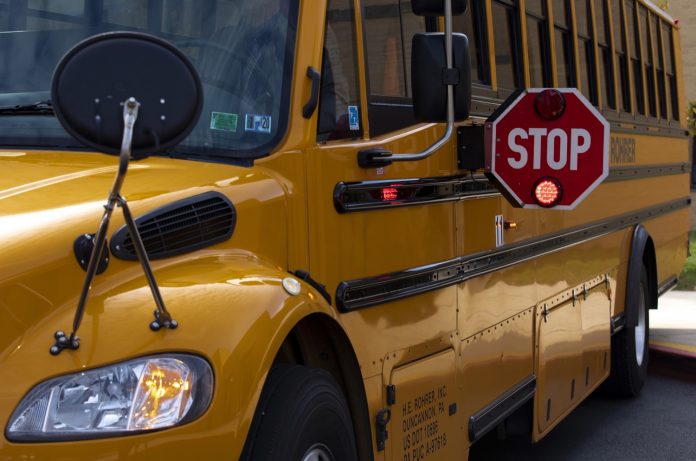 The results of Operation Safe Stop, an annual school bus enforcement and education initiative that was held on October 23 this year, were also announced.

Data PennDOT gathered for Operation Safe Stop revealed that participating school districts and law enforcement agencies reported 288 violations of the law, up from the 147 reported last year. The initiative is held in conjunction with local and state police departments, school districts and pupil transportation providers to conduct enforcement, raise public awareness about the consequences of improper passing of school buses, and reduce occurrences. Thirty additional school districts and 61 more police departments joined this year’s efforts. Convictions for breaking the School Bus Stopping Law decreased from 747 in 2017 to 667 in 2018.

“One violation of this important law protecting our students is one too many,” said PennDOT Secretary Leslie S. Richards. “Additional challenges such as darkness coinciding with more of our students’ school bus ride times and the distraction of the quickly-approaching holiday season highlight the importance of motorists remaining vigilant while sharing the road with school buses and students,”

The School Bus Stopping Law requires motorists approaching a school bus with its red lights flashing and stop arm extended, to stop at least 10 feet from the bus. Motorists approaching from all directions are required to stop. However, motorists who encounter a school bus stopping on the opposite side of a divided highway are not required to stop when lanes of the highway are clearly separated by a divider, such as a concrete barrier or grassy median.

With the passage of Act 189 in October, school bus drivers can now have access to a valuable tool in curbing infractions of Pennsylvania’s School Bus Stopping Law. Act 189 allows for the use of a PennDOT-approved camera system intended to capture only these violations, which gives school bus drivers the ability to safely document valuable evidence that may later be used to convict drivers who have illegally passed a school bus with its stop arm extended and its red lights flashing.

“The penalties if convicted of disobeying the law are steep – a $250 fine plus a $35 surcharge from Act 159 of 2018, five points on your driving record and a 60-day license suspension,” said Trooper Zeina Black, Commercial Safety Division of the Bureau of Patrol for the Pennsylvania State Police. “But much worse than this, a tragedy could strike if either a driver or a student is not paying attention to their surroundings.”

Some safety tips for students to remember while waiting for or loading and unloading the bus include:

“Student safety at school bus stops is an important priority which requires the cooperation and attention of all motorists,” said Dr. David Volkman, Executive Deputy Secretary, Department of Education. “Local school districts work hard to identify the safest locations possible for school bus stops and to train their staff. But to ensure that students remain out of harm’s way, we urge all drivers to watch for the flashing lights of school buses and to always stop when students are getting on and off.”