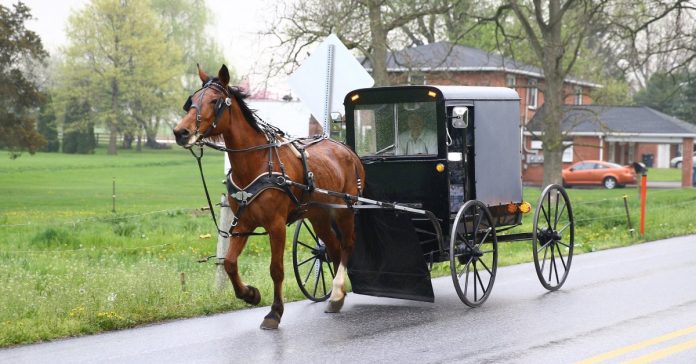 ​The northwest district of the Pennsylvania Department of Transportation (PennDOT) is reminding motors to share the road safely with slow-moving vehicles, such as horse-drawn buggies.

During the summer and fall months, it is commonplace to see farm equipment, construction machinery, bicycles, horse-drawn buggies, and other slow-moving traffic on Pennsylvania’s roadways. Drivers should remain patient and use caution when approaching slow-moving traffic, which is described as vehicles moving at a speed of less than 25 miles per hour.

Drivers should slow down immediately upon seeing a slow-moving vehicle to provide a cushion of safety. It only takes seconds for a fast-moving motor vehicle to reach a buggy or tractor that is moving at 5 to 10 miles per hour. In addition, motorists should avoid driving distracted, focus their attention on the road, and be aware of their surroundings.

As populations shift and businesses open in new places, traffic patterns may change. Drivers should remember to expect the unexpected and be aware that slow-moving vehicles could be traveling along rural routes as well as busier roadways, such as Route 8.

In PennDOT’s northwest district, which includes Crawford, Erie, Forest, Mercer, Venango, and Warren counties, there were 28 crashes involving horse-drawn buggies between 2015 and 2019.

When approaching a horse-drawn buggy in an oncoming lane, drivers should dim their lights and carefully watch for any vehicles that might attempt to pass the buggy.

Motorists should take great care passing a buggy, and only pass when it is safe and legal to do so. Provide as much room as possible between the vehicle and the buggy to ensure safe passing.

Also, do not sound your horn, drive too fast, or create other activity that could frighten a horse. Like other animals, horses can be unpredictable and may react in unexpected ways. Leave plenty of space between the vehicle and the buggy before pulling back into the travel lane.

Drivers should be especially careful at the crest of a hill, around a sharp curve or anywhere else where the line of vision is obstructed; and they could very suddenly encounter a buggy or another slow-moving vehicle.