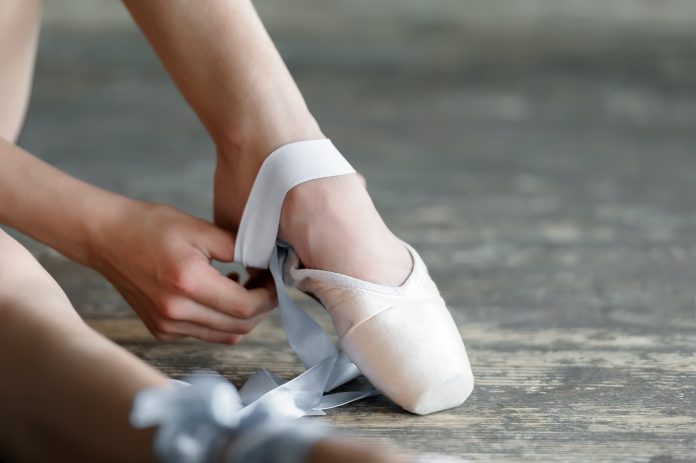 One of the nation’s premier ballet companies has announced a new name and visual identity: Pennsylvania Ballet is now Philadelphia Ballet. Rooted in a nearly sixty-year artistic legacy in the community of Philadelphia, Philadelphia Ballet’s new name is at once a reflection of the company’s dedication to its home city, and a testament to the spirit of experimentation and evolution that lives at the heart of its artistic mission. In keeping with that mission, Philadelphia Ballet is also pleased to announce its highly anticipated return to the stage with a new season of in-person performances, including numerous world premieres, contemporary masterworks and all-time classics.

The decision to become Philadelphia Ballet resulted from a period of deep reflection on the past, present and potential future of the company’s goals and values. As the iconic birthplace of the country and a hub of bold, progressive ideals, the city of Philadelphia exemplifies the defining traits of the company’s artistic identity: passion, innovation, and excellence. In the context of a pandemic that has challenged arts organizations globally to pause and reflect on their role in the communities that they serve, this name change is also an affirmation of the company’s foundational commitment to the diverse audiences that have been essential to its growth for nearly six decades.

“Our company’s evolution into Philadelphia Ballet is not just a cosmetic change. After a year of deep hardship, it is more important than ever that our name reflect the communities we serve and embody the true spirit of our company,” said Executive Director Shelly Power. “Philadelphia is at the core of all that we do. It is not only our home but also our inspiration, a city that both embraces its rich history and thrives on experimentation. Furthermore, our late founder, Barbara Weisberger, originally intended to name her company Philadelphia Ballet. Taking this step to evolve our identity not only honors her intentions, but also celebrates our real and intrinsic connection to the communities of Philadelphia.”

The School of Pennsylvania Ballet has also been renamed, becoming School of Philadelphia Ballet. After a year of virtual and hybrid programming, in-person classes resume with the Summer Intensive, which welcomes students from across the country. Full in-person programming this fall for students ages 3 and up will begin August 30,2021.

To coincide with the unveiling of its new name and visual identity, Philadelphia Ballet will make its return to the stage with its 2021/2022 season. Beginning this October, the season will encompass a diverse range of world premieres that celebrate and expand the conventions of ballet, contemporary masterworks and beloved all-time classics.

October 2021The Spark: World premieres by Angel Corella and more to be announcedPerformance GarageThis special limited program of new works will feature a world premiere choreographed by Artistic Director Angel Corella to a score composed by Philip Glass, and a sequence of spellbinding pas de deux. The choreographer and music for an additional world premiere will be announced at a later date. Held at the Performance Garage for an intimate and strictly limited engagement, this program will represent an evolution of how the company presents live ballet to its audiences.

December 10-31, 2021George Balanchine’s The Nutcracker® Academy of MusicGeorge Balanchine’s The Nutcracker, Philadelphia’s most beloved holiday tradition, will return to the Academy of Music this holiday season for 25 performances. Set to Tchaikovsky’s enchanting score, the classic story and lavish sets and costumes will bring to life the story of young Marie’s fantastical adventures and magical dream – a dream that never loses its appeal.

February 2022New Works for a New World: Alba Castillo, Juliano Nunes and morePerelman TheaterA trio of esteemed choreographers will return to the live stage with new productions that reflect the dramatic transformations witnessed by the world in the past year. Acclaimed Spanish choreographer Alba Castillo will present ballets that are emotionally rich and visually impactful. Juliano Nunes returns to Philadelphia Ballet with new works that are versatile and contemporary in style. The program will be rounded out with a world premiere by another leading choreographer, soon to be announced. These performances mark Philadelphia Ballet’s first performances in the Perelman Theater on the Kimmel Cultural Campus.

March 3-13, 2022Swan LakeAcademy of MusicSet to Tchaikovsky’s deeply moving score that is sure to transport the audience to a realm of romance and enchantment, Swan Lake will be choreographed this season by Angel Corella. Through a series of technically challenging and emotionally captivating performances, Swan Lake tells the story of doomed lovers Odette and Prince Siegfried as they attempt to overcome the influences of a wicked sorcerer. This is ballet’s greatest love story.

March 17-20, 2022Bold, Brilliant, BalanchineAcademy of MusicA trio of sparkling and technically demanding ballets by George Balanchine will grace the stage in celebration of spring. Reflecting the revolutionary spirit of Philadelphia as the nation’s birthplace, Balanchine’s Stars and Stripes pays dazzling tribute to Americana with marches, salutes, high kicks and struts. Symphony in C, a vivacious exhibition of athleticism and grace, will feature music by Georges Bizet. Divertimento No. 15 will showcase dynamic, crystalline patterns of movement.

May 13-16, 2022Hans van Manen’s Humankind    Academy of MusicPhiladelphia Ballet celebrates acclaimed Dutch choreographer Hans van Manen with three of his most illustrious works: Grosse Fuge, an intense exploration of the tensions that exist between humans; Variations for Two Couples, an inventive, of-the-moment ballet that moves through shifting styles and mood; and 5 Tangos, a number that explores the sensuality of traditional Tango with the poise and precision of pointe work.

Subscription TicketsSubscriptions for the 2021/2022 season will be available on June 22, 2021 at 11 a.m. EST. Packages for New Works for a New World, Swan Lake, Bold, Brilliant, Balanchine and Hans van Manen’s Humankind start at $25.00 per show, making the ballet more accessible than ever to enthusiasts and new fans alike. Subscribers enjoy advantages such as priority seating in the same seats each year, ticket exchanges, prepaid parking, early access to single tickets for The Nutcracker, and the option to pay in installments. New this year are bonus tickets: Fixed seat subscribers will receive one free ticket to the performance of their choice with each subscriber seat purchased. Subscription packages range from $99.00 to $699.00 and are available online at philadelphiaballet.org or by calling (215) 893-1955.

The October 2021 performances at the Performance Garage are not included in the subscription package. Ticket details are forthcoming.

The Nutcracker is not included in the subscription package and can be purchased as an add-on. Individual tickets will be available for purchase, starting at $25.00.