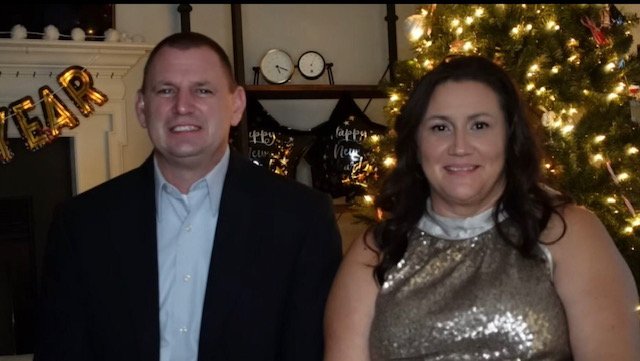 A Chester County resident is the winner of a $1 million prize that was awarded just after midnight during ABC’s live broadcast of “Dick Clark’s New Year’s Rockin’ Eve with Ryan Seacrest 2022.” Brian Mineweaser became the Powerball® First Millionaire of the Year after his name was selected in a random drawing. The 49-year-old won a special Pennsylvania Lottery Online Prize Drawing that gave him a shot to win the $1 million prize just after the ball dropped in Times Square in New York City.

“It’s just so surreal!” said Mineweaser. “It’s amazing to win $1 million! This will help me put my four kids through college.”

Mineweaser was one of five top finalists from lottery players across the nation. In addition to the $1 million prize, he was awarded $2,022 for winning the PA Lottery Online Prize Drawing. He was also awarded an at-home New Year’s Eve party package that included a $10,000 cash prize, among other prizes.

“The Pennsylvania Lottery congratulates Brian on his $1 million Powerball prize,” said Pennsylvania Lottery Executive Director Drew Svitko. “It was exciting to watch the winning moment live on television. We remind our players that it only takes one ticket to win a life-changing prize and playing the lottery in Pennsylvania helps the older residents of our commonwealth.”

Returning for a third year, 29 lottery jurisdictions participated in the Powerball® First Millionaire of the Year promotion, which in Pennsylvania also included a Second-Chance Drawing. The other finalists included Linda Perkins from Aurora, IL; Aaron Rose from Slaughter, LA; Robert Long from Waterloo, IA, who represented a group of 22 lottery players called Lotto 22; and Shari Beenken from Titonka, IA. All of the finalists were interviewed live on television from their hometowns during the broadcast of “Dick Clark’s New Year’s Rockin’ Eve with Ryan Seacrest.”