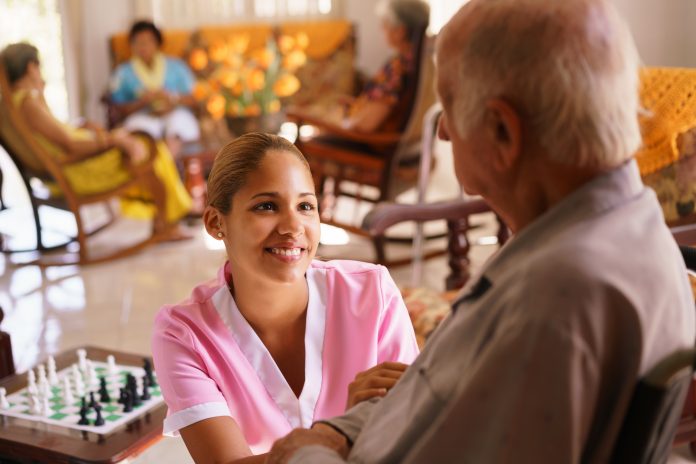 Pennsylvania will begin coronavirus testing for every resident and employee of nursing homes and other facilities that provide care for older adults, Gov. Tom Wolf said Tuesday.

Wolf said his administration will undertake the surveillance testing, with a goal of testing every resident and employee once a week, given the pandemic’s tremendous toll on nursing homes.

“What we are going to do, which I think is fairly radical, is make sure that we are doing surveillance testing,” Wolf said on a telephone news conference.

Wolf’s health secretary, Dr. Rachel Levine, had previously said there was not enough available testing to test everyone in a nursing home.  She also said that testing everyone wasn’t useful unless they were to be repeatedly tested to continue checking to see whether they became infected later.

“We have not had the testing capabilities in Pennsylvania to perform this until the last approximately two and a half weeks,” Levine said. “It’s been extremely challenging to get the supplies, and the swabs needed, to be able to perform this significant amount of testing, but we are better resourced through the federal government as well as through the testing companies so we have more resources at the Pennsylvania Department of Health.”

Guidance released today to hospitals and skilled nursing homes require a resident who is being discharged from a hospital to a nursing home, personal care home, or assisted living facility be tested for COVID-19, if they were not hospitalized due to the virus. This will provide valuable information to the long-term care facility on any needs to cohort the patient, monitor their condition and take necessary precautions to prevent the spread of the virus, if applicable.

In addition, a Health Alert was issued to provide direction to all long-term care facilities on a universal testing strategy, outlining when testing should be used, and what steps to take after a positive test result. Test results can be used to cohort those exposed, determine the burden of COVID-19 across units or facilities to allocate resources, identify health care workers who are infected, and address those who are no longer ill.

The virus is reported by Wolf’s administration to have killed more than 2,600 residents of 540 nursing homes or personal care homes, or two-thirds of the state’s death toll, and sickened more than 12,000 others, about one-fifth of the state’s positive tests.

Pennsylvania added more than 800 new infections and 75 deaths to the state’s COVID-19 toll on Tuesday.  The Health Department said more than 3,800 people in the state have died from the pandemic and nearly 58,000 have been sickened.