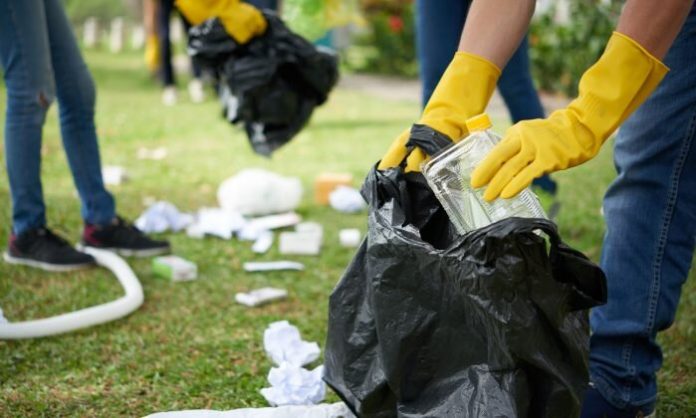 Governor Tom Wolf, the state secretaries for the departments of Transportation and Environmental Protection, Representative Mike Sturla and Lancaster Mayor Danene Sorace joined others to highlight local anti-littering measures and called for action to combat Pennsylvania’s litter-problem at all levels statewide.

Pennsylvania’s  first-ever Litter Action Plan includes both current initiatives and recommendations to clean up the more than 500 million pieces of litter scattered throughout the state.

“Pennsylvania is a great place to live, work, and raise a family. It’s a beautiful state with stunning landscapes and bountiful natural resources. But, we’ve got a litter problem,” said Gov. Wolf. “Litter is bad for the environment and our communities, it’s a drain on taxpayer dollars. Today I’m excited to unveil a solution that all 13 million Pennsylvanians can be a part of, it’s a blueprint for a cleaner commonwealth.”

Demonstrating the cost of litter to communities and the commonwealth, PennDOT Secretary Yassmin Gramian noted that the agency’s annual $14 million cost to clean up litter makes litter prevention especially important.

“We recognize we need to change behavior, not just clean up the mess,” Gramian said. “With this commonwealth Litter Action Plan, we’ve provided examples, resources, and calls to action so we can make some transformative change here in Pennsylvania.”

DEP has funded “Pick Up Pennsylvania” community litter cleanups and illegal dump site cleanups for over two decades, supporting volunteers in removing many tons of trash from the land and waters. As littering has persisted, DEP sponsored with PennDOT the first comprehensive state study to inform development of the Litter Action Plan, with a focus on changing littering behavior.

“DEP is committed to helping drive a statewide shift to litter prevention,” said DEP Secretary Patrick McDonnell. “If we bring the same energy to litter prevention initiatives that thousands of volunteers have brought to cleaning up litter in their communities, we’ll turn a corner on Pennsylvania’s trash problem. And we’ll gain the community and economic benefits of a healthier environment.”

In addition to examples and suggestions for the General Assembly, local governments, businesses, and the public, the report outlines 16 recommendations for the commonwealth. Examples of actions state agencies are taking to support the higher-level recommendations in the plan include:

“Lancaster residents and I recognize the importance of beautification in our community,” said Rep. Sturla. “We implement various innovative approaches to accomplish this aim, especially in significant litter reduction. Lancaster will continue to be a shining example of a city that respects and nourishes its environment.”