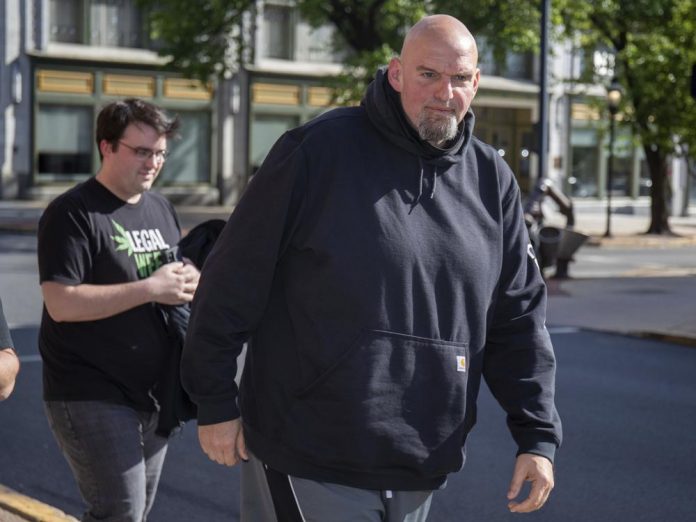 Pennsylvania Lt. Gov. John Fetterman, the leading Democrat in the state’s high-profile Senate contest, suffered a stroke just days before the primary election but was on his way to a “full recovery,” his campaign said.

The 52-year-old Fetterman, who confirmed that he had been hospitalized all weekend, insisted the health emergency wasn’t slowing his campaign. But the stunning revelation, two days before Pennsylvania’s primary, created a cloud of uncertainty over the Democratic front-runner’s candidacy in what may be one of the party’s best Senate pickup opportunities.

“Feeling good, all things considered,” Fetterman said in a text message to The Associated Press.

On Friday morning, before Fetterman was to appear at a scheduled campaign event at Millersville University, Fetterman’s wife, Gisele, “noticed that John was not himself, and shortly after he started slurring his speech and he was taken to the hospital,” a campaign spokesperson said.