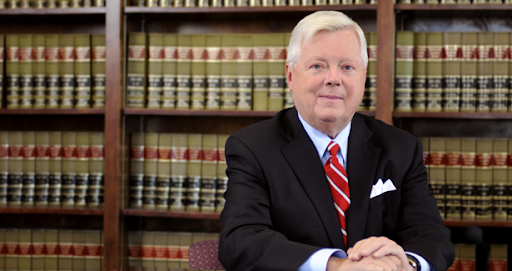 Pennsylvania Supreme Court Chief Justice Thomas G. Saylor has announced his intention
to transition from the role of chief justice, in anticipation of his upcoming retirement in Dec. 2021.

Under the state Constitution, a Justice of the Supreme Court must retire at the end of the calendar year in which they reach the age of seventy-five. To ensure an orderly transition, Chief Justice Saylor will transfer the position of chief justice to Justice Max Baer, as of April 1, 2020, while remaining a Justice for the balance of his tenure.

“I am grateful to have led a productive Court, composed of collegial and dedicated jurists, and I appreciate the support I have received from the other justices and court system personnel throughout my tenure,” Saylor said.

Saylor has served in his present leadership role since Jan. 2015. Two decades ago, he came to the Supreme Court with a strong focus on producing high-quality judicial opinions. In his twenty-three years of service with the Court, Chief Justice Saylor has authored approximately 400 main opinions. Collectively, with his responsive opinions, he has penned more than 1000, covering the gamut of Pennsylvania law, throughout the civil, criminal and administrative arenas.

During his time leading the judiciary, Chief Justice Saylor has also shepherded the transition to mandatory judicial education; headed the creation of a grand jury task force; and supervised the implementation of a new advisory position to the Supreme Court, namely, that of its counsel. Most recently, he has guided the court system through the unprecedented challenges posed by a public health crisis.

A distinguished member of the bench for more than three decades, Justice Baer served on the Court of Common Pleas of Allegheny County from 1990 to 2003, with a majority of those years in the Family Division. During his time in Family Court, he earned statewide and national recognition for implementing far-reaching reforms to Juvenile Court as well as Domestic Relations. He assumed his role as a member of the Supreme Court in 2003 and was retained in 2013.

“I have every confidence that Justice Baer, who has been my friend and colleague for many
years, will be an able steward of both our Supreme Court and the Pennsylvania Judiciary,” Saylor said.

“Chief Justice Saylor has long been lauded for his distinguished service and extraordinary
leadership of an independent judiciary,” Baer said. “We have been discussing this transition for some time, and I particularly value the opportunity to have him close at hand as I take on the myriad additional responsibilities of Chief Justice. I hope to follow his example of strong, collaborative, and effective leadership during the remainder of my time on the Court.”