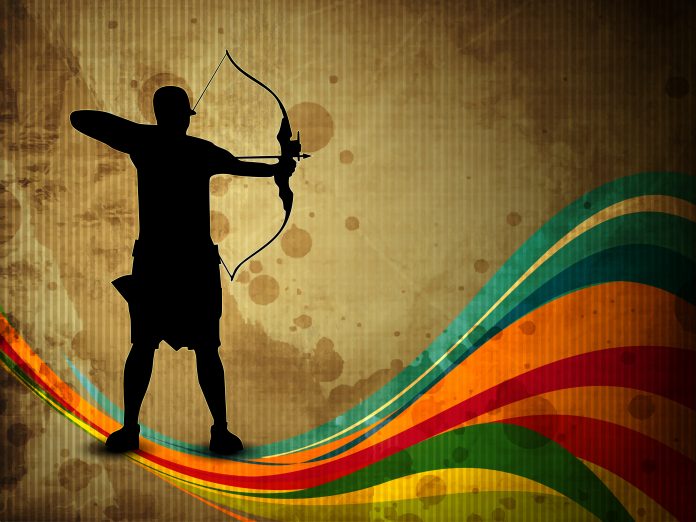 If something can be routine and record-breaking at the same time, Pennsylvania’s archery deer season is it.

It’s routine in its consistency. Pennsylvania held its first statewide archery season in 1951; this year’s hunt is the 71st in a row since. It stretches across seven weeks, includes a Sunday and gives hunters the chance to be afield during the peak of the whitetail rut.

Archers pursuing whitetails in Wildlife Management Units (WMUs) 2B and 5C and 5D, around Pittsburgh and Philadelphia respectively, can start hunting two weeks sooner, get an additional Sunday and can go later into 2022. Archery season in those WMUs runs from Sept. 18 to Nov. 13, continues on Sunday, Nov. 14, goes Nov. 15 to 20, continues on a second Sunday, Nov. 21, and goes from Nov. 22 to 26. It comes back in on Dec. 27 and goes through Jan. 29.

Where archery season is record-breaking is in participation.

The state’s first archery season drew a little more than 5,500 participants. In 2020, by comparison, the Game Commission sold a record 373,700 archery licenses, counting those sold to Pennsylvania residents as well as hunters from other states. That was an increase of 9 percent over 2019, when 341,847 licenses were sold, and of nearly 29 percent over 2010’s license sales of 289,414.

And those buying archery licenses aren’t the only archery deer hunters in the woods. Holders of junior and senior lifetime combination licenses also are permitted to participate in archery season, and untold number surely do.

David Stainbrook, chief of the Game Commission’s Deer and Elk Section, said that’s the trend all across the country; participation in archery is increasing, and as a result so is the overall percentage of deer harvests taken by archers.

The National Deer Association (NDA) put some numbers to that, surveying state and provincial wildlife agencies across North America to determine the percentage of the total white-tailed deer harvest taken with a bow or crossbow.

It calculated that, over the three years from 2017 through 2019, archers accounted for about 25 percent of all whitetails harvested nationally. In the 13-state Northeast region, archers took about one-third of the deer harvested in that time.

That’s largely in line with what’s going on in the Keystone State.

That doesn’t mean archers are adding significantly to the state’s overall deer harvest.

Stainbrook said those figures represent a shift in the harvest rather than additional harvest since many archers also are rifle hunters. They’re just taking advantage of the seasons available and filling their tags earlier in fall, with a bow or crossbow, than they might have done otherwise with a firearm.

Expanded opportunities, like that offered by archery deer seasons, are, though, “great for the future of hunting,” the NDA said. They help even ‘occasional’ hunters stay engaged, enhance opportunities to young hunters and help retain aging hunters, the NDA said.

To help hunters get the most from archery season, the Game Commission is offering some reminders and tips.

The Game Commission encourages hunters to spend as much time as possible afield this fall prior to and during the hunting seasons to scout and identify areas where deer are traveling and bedding and where fall foods are abundant. Food availability changes from year to year, and in areas where food is spotty, deer often move to find better feed. Hotspots change from one year to the next, even from the start to the close of the season, so tracking deer activity and keying in on food sources is important.

Bowhunters should practice with their equipment before the season starts, from the ground and/or an elevated stand, and take only responsible shots at deer to ensure a quick, clean kill. Archery hunters should take only broadside or quartering-away shots at deer within their maximum effective shooting range, which differs for each hunter depending on their skill level and type of equipment used.

Hunters may use illuminated nocks for arrows and bolts, as they aid in tracking or locating the arrow or bolt after being launched. However, transmitter-tracking arrows are illegal.

Tree stands and climbing devices that cause damage to trees are unlawful to use or occupy unless the user has written permission from the landowner. Tree stands – or tree steps – penetrating a tree’s cambium layer cause damage, and it is unlawful to build or occupy tree stands screwed or nailed to trees on state game lands, state forests or state parks.

In all cases, tree stands on state game lands also must be conspicuously marked with a durable identification tag that identifies the stand owner. Those tags must include the hunter’s first and last name and legal home address, the nine-digit CID number that appears on their hunting license, or their unique Sportsman’s Equipment ID number. Hunters can find their number in their HuntFishPA online profile or on their printed license.

Hunters who plan to be afield on private property on the Sundays open to archers must carry with them written permission from the landowner to be there.

Make sure someone knows where you’re hunting and when you expect to return home. Leave a note or topographic map with your family or a friend. Pack a cellphone for emergencies.

Practice climbing with your tree stand before opening day of the season, especially at dawn and dusk. Consider placing non-slip material on the deck of your tree stand if it’s not already there.

Always use a fall-restraint device – preferably a full-body harness – when hunting from a tree stand. Wear the device from the moment you leave the ground until you return. Don’t climb dead, wet or icy trees. Stay on the ground on blustery days.

Use a hoist rope to lift your bow and backpack to your tree stand. Trying to climb with either will place you at unnecessary risk.

Don’t sleep in a tree stand! If you can’t stay awake, return to the ground.

Keep yourself in good physical condition. Fatigue can impact judgment, coordination and reaction time, as well as accuracy.

Always carry broadhead-tipped arrows in a protective quiver. Know how to uncock a crossbow safely, too.

If you use a mechanical release, always keep your index finger away from the trigger when drawing.

Follow the manufacturer’s recommendations for all equipment and check your equipment before each use.

Avoid walking with a nocked, broadhead-tipped arrow or bolt.

Cocked crossbows should always be pointed in a safe direction. Know how to uncock your crossbow at the end of legal hunting hours.

Always carry a whistle to signal passersby in the event you become immobile. A compass or GPS unit and map, matches or lighter and tinder also are essential survival gear items to have along. A flashlight with extra bulbs and/or a portable charger for the light and your phone also can be helpful.