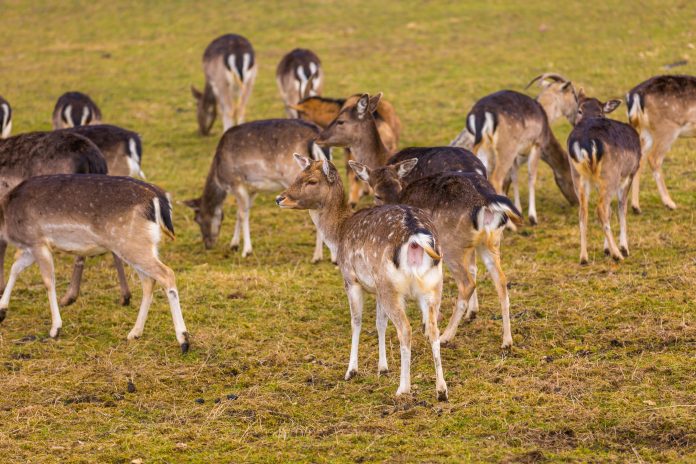 Pennsylvania’s statewide firearms deer season is set to begin. It kicks off on Saturday, Nov. 26, continues on Sunday, Nov. 27, and runs through Dec. 10. Hunting is closed only on Sunday, Dec. 4.

What hunters will encounter is, by all indications, a deer herd that’s doing just fine.

David Stainbrook, Deer and Elk Management Section Supervisor for the Game Commission, said one way to measure trends is to look at the buck harvest per square mile. That’s a good general barometer of deer population abundance.

According to the National Deer Association, in the 10 hunting seasons between 2011 and 2020, Pennsylvania ranked second in the nation for buck harvest per square mile three times, third twice, fourth three times and fifth twice. Buck harvests over the decade averaged 3.2 per square mile, right in keeping with last year’s take.

Pennsylvania’s antlerless deer harvest, meanwhile, broken down on a per-square-mile-basis, also annually ranks among the best in the country. For those who want to experience that, antlerless licenses remain available in a few WMUs, as do Deer Management Assistance Program (DMAP) tags in places.

Add it all up and hunters can find deer – bucks and antlerless deer both – this fall across Pennsylvania, provided they’re willing to work for them.

“Success in harvesting deer starts with scouting and knowing the land,” Stainbrook said. “But patience and putting in time are important, too. Persistence matters, as one additional day hunting can make the difference between a successful season and an unsuccessful one.”

A flexible season designed around when many people are off work – the weekend after Thanksgiving – provides the chance for hunters to get out just that way, all while making memories with family and friends.

“Pennsylvania’s firearms deer season draws more than 600,000 hunters to Penn’s Woods every year and it’s not hard to see why,” said Game Commission Executive Director Bryan Burhans. “A productive deer herd that, thanks to antler point restrictions, includes a high proportion of adult bucks, spread out across the Commonwealth, together with a season that’s as user friendly as any we’ve offered, set the stage for an exciting time. I can’t wait.”

Hunters are permitted to harvest one antlered deer with a valid general hunting license, which costs $20.97 for adult residents and $101.97 for adult nonresidents.

Antlerless deer licenses can be used anywhere within the Wildlife Management Unit (WMU) for which they’re issued.

A DMAP permit can be used only on the specific property for which it is issued.

Some DMAP permits might remain available on private and public properties throughout the state. Visit the Game Commission’s website to learn more about where they are available.