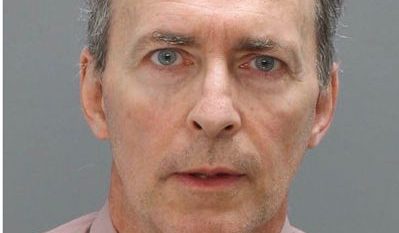 A Perry County Magisterial District Judge has pleaded guilty to inappropriate contact with minors, intimidating a witness and obstructing an investigation of sexual misconduct by a state constable.

“With this plea, the defendant is taking responsibility for his crimes and will be held accountable. This case serves as a reminder that no one, no matter their position of power, is above the law,” said Attorney General Shapiro. “My office will continue to investigate and prosecute anyone who abuses their authority to harm Pennsylvanians.”

Michael Schechterly, 58, of Newport in Perry County, was charged in November 2020 following an investigation into Schecterly’s misconduct towards children by the Pennsylvania State Police (PSP) in cooperation with the Office of Attorney General. The investigation revealed that Schechterly repeatedly engaged in inappropriate contact with minors at his residence.

During the course of the investigation, PSP also identified two women who made allegations against a state constable working out of Schechterly’s district court office between 2013 and 2020. Investigators learned that in February 2013, Schechterly became aware of complaints against the constable. Schechterly used his official power to summon the first victim and the constable to his office concerning a case over which he had jurisdiction.

As a Perry County Magisterial District Judge, he maintained jurisdiction over her case until 2015, which denied the victim the opportunity to come forward, and hindered her reporting of the incident for nearly six years.

Schechterly pleaded guilty to Corruption of Minors, Intimidation of a Witness or Victim, Official Oppression, and Obstruction of Justice before the Honorable Judge Jessica Brewbaker of Cumberland County. He will resign as judge at the time of sentencing. This case is being prosecuted by Assistant Chief Deputy Attorney General Daniel Dye.