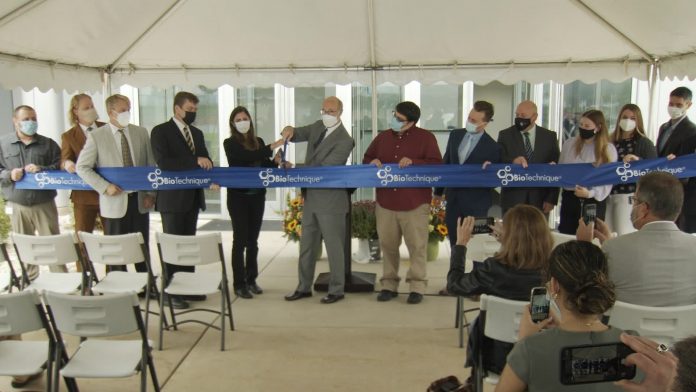 Governor Wolf supported the project, which relocated the company from Wisconsin and was coordinated by the GAT, and will create 100 new jobs for the region.

BioTechnique purchased the formerly vacant 160,000 square-foot Unilife pharmaceutical manufacturing facility in York County and invested in infrastructure, new equipment, and extensively training employees. The relocation included the transfer of equipment, staff, and customers to Conewago Township and brought an over $22 million investment to the region.

The company received a funding proposal from DCED for a $500,000 Pennsylvania First grant, a $200,000 workforce development grant to help the company train workers, a $2 million Pennsylvania Industrial Development Authority (PIDA) loan,and was encouraged to apply for the department’s Manufacturing Tax Credit (MTC) program.

“We are grateful for the support from the York County Economic Alliance, the Governor’s Action Team, and Governor Wolf for their generous support to enable BioTechnique to relocate from Wisconsin to Pennsylvania,” said CEO of PSC Biotech and General Manager of BioTechnique John Clapham “We are excited to become a contributor in the success of the Pennsylvania economy”.