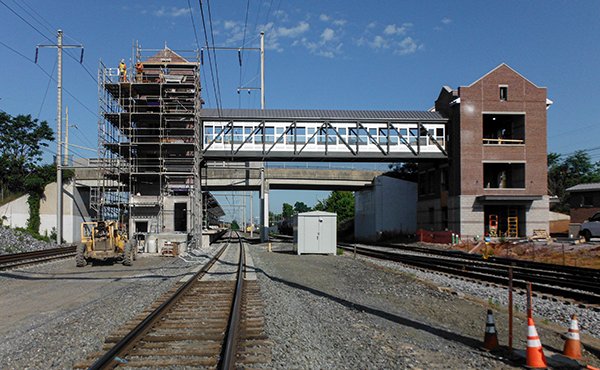 The Middletown train station project is complete and Amtrak-service passengers ​may begin using the new station ​starting Monday, January 10. A ribbon cutting ceremony will be held at the new station on January 18.

“The department is committed to improved transportation options, and accessibility and multimodal connections are critical when we’re making investments,” said PennDOT Secretary Yassmin Gramian. “This collaboration with the community, federal, and transportation partners will serve the surrounding communities well into the future.”

“We applaud PennDOT on the completion of this new intermodal accessible station along the Keystone Corridor here in Middletown to connect rail, air and local bus services at one convenient location while also creating an anchor for potential development,” said Amtrak AVP of Infrastructure Access & Investment Tom Moritz. “Amtrak was proud to support this project through an in-kind contribution of track work at the station valued at approximately $8 million.”

The $49.5 million in right of way, design, and construction work at the station included $25.6 million from the Federal Transit Administration, $15.9 million from PennDOT, and $8 million in in-kind work by Amtrak to shift track to accommodate the new station alignment.