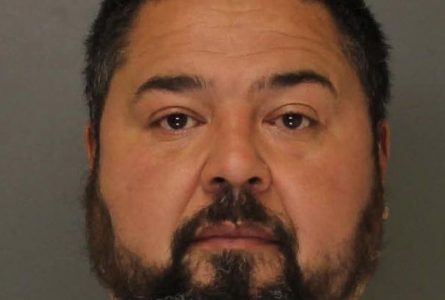 Attorney General Josh Shapiro announced the arrest of Harold Bauza for possession of and intent to traffic mass amounts of fentanyl, methamphetamine and cocaine into the community. The estimated amount of fentanyl for resale in Lehigh County has a street value of up to $460,000.

“14 Pennsylvanians die from opioids every day, and we will not sit idly by when dealers peddle poisons and try to profit from devastating our communities,” said Attorney General Shapiro. “With two guns recovered from these searches, including an automatic assault rifle, this is a firm reminder that drug trafficking is a violent enterprise. My office, along with our law enforcement partners, will continue to hold those accountable who profit from drug trafficking.”

On December 2, 2021, as a part of an ongoing drug investigation in Lehigh County, agents from the Office of Attorney General Bureau of Narcotics Investigations executed a search warrant on Bauza’s residence where they recovered 372 grams of cocaine, 16 grams of crack cocaine, 2,041 grams of marijuana, $4,450 cash, a kilo press for bulk packaging, and a .380 Ruger handgun.

The investigation also led agents to another location in Allentown where, during the search, agents recovered more than 39,000 bags of packaged fentanyl and 477.5 grams of bulk fentanyl, or just over 55,000 doses, 156 grams crystal methamphetamine, 183 grams cocaine, 2 grams crack cocaine, 1,213 grams marijuana, a AK-47 assault rifle, ballistic body armor, and various items used to package and redistribute controlled substances. The total street value of all of the drugs seized is more than $567,000.

The defendant has been charged with Possession with Intent to Deliver methamphetamine, heroin/fentanyl, cocaine and marijuana; Dealing in Unlawful Proceeds; Person Not to Possess Firearms, and other related charges. Bauza has prior convictions for felony drug and weapons offenses and is currently on state parole and not legally permitted to purchase or possess firearms.