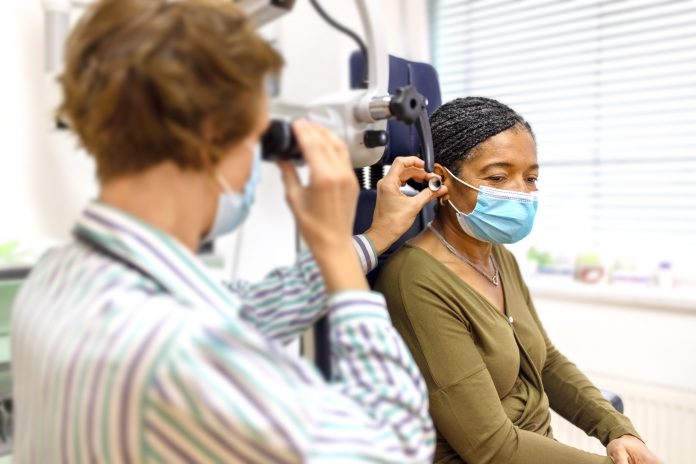 An estimated 48 million people in the U.S. have some level of hearing loss, according to the Center for Hearing and Communication, and noise is one of the leading causes.

Though irreversible, such hearing loss is largely preventable, experts say.

May is Better Hearing and Speech Month, and hearing experts from The Centers for Disease Control and Prevention (CDC), along with educational nonprofits and insurers, are spreading the word about hearing health.

Hearing loss is an economic issue, too. The overall cost of hearing loss approaches $133 billion per year in the U.S., according to a study titled “Hearing Loss – Numbers and Costs,” commissioned by Hear-it, a nonprofit that promotes hearing health.

Hearing experts say a person can hear noise of 85 decibels for about eight hours before risking hearing loss. Every 3-decibel increase cuts safe exposure time in half. That means a person pushing a lawnmower registering between 90 and 110 decibels would risk hearing damage in less than 30 minutes.

Factories, farms, mines, airports and construction sites are among the noisiest professions, but are not the only threats to our hearing. Fireworks, firearms, and sirens commonly exceed 120 decibels. Lawnmowers and snow blowers can reach 110 decibels, while hair dryers and food processors can hit up to 90 decibels. Normal conversation typically tops out at a safe 60-70 decibels.

“The world can be a noisy place,” Dr. Chambers said. “The best advice for anyone is to take sensible precautions and to learn more about hazardous noise exposure.”

Smartphone users can download free noise meter apps, including the Sound Level Meter from the CDC’s National Institute of Occupational Safety and Health.

The CDC says if a person must shout to be heard or understood at arm’s length away, it is too loud. It recommends the following measures:

Use earplugs or earmuffs when you cannot otherwise avoid loud noises.

Keep hearing protection, such as earplugs or earmuffs, in your car in case you need them.

Keep kids away from loud music or loud equipment at home.