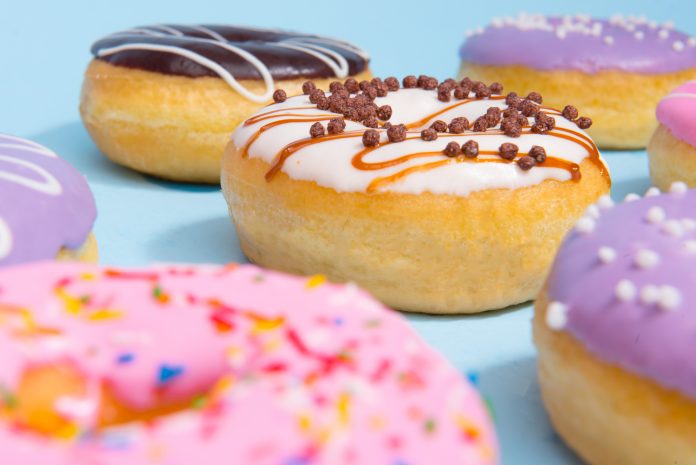 Dunkin’ is once again celebrating Veterans Day with a sweet salute to the brave men and women of the armed forces. On Monday, November 11, veterans and active duty military are invited to participating Dunkin’ restaurants nationwide for a free donut of their choice, no purchase necessary*. The return of the Veterans Day donut special is part of Dunkin’s long-standing commitment to supporting active military and veterans.

In addition to a free donut of their choice, the first 50 veterans and active military at participating Dunkin’ restaurants on November 11 will also receive a thank you card written by members of the community from A Million Thanks. A Million Thanks is a nonprofit organization that supports active, reserve and veteran military by sending millions of letters of thanks and encouragement directly to service members. Since its inception in 2004, A Million Thanks has delivered over 9.8 million cards to U.S. troops stationed around the world.

On Veterans Day, Dunkin’ fans will have the opportunity to add their own custom message to digital cards featuring words of thanks and encouragement to active duty military on Dunkin’s Instagram page on Veterans Day. Favorite messages will be selected by Dunkin’ and printed and mailed to active military members through A Million Thanks. In celebration of the new partnership Dunkin’ is donating $10,000 to A Million Thanks for ongoing support of their mission.

“We’re thrilled to partner with A Million Thanks and continue Dunkin’s longstanding history of supporting the brave men and women of our military,” said Tom Manchester, Dunkin’ Brands Senior Vice President of Integrated Marketing. “We are honored to serve veterans and active duty military at Dunkin’ locations nationwide and at our military locations on bases around the world. Alongside our franchisees, some of which are veterans themselves, we look forward to welcoming members of our armed forces to Dunkin’ this Veterans Day and every day.”

Dunkin’ is also shining the spotlight on George Hart, retired U.S. Army Major and Dunkin’ franchisee, this Veterans Day in the latest Dunkin’ Doc, Dunkin’s digital series profiling standout Dunkin’ fans, employees and franchise owners. The video profiles George and his incredible goal of putting a Dunkin’ on every military base in the country. With 11 Dunkin’ locations open now and six more set to open within the next year, George is on a mission to hit all 44 U.S. bases. This Dunkin’ Doc shares George’s journey, and how Dunkin’ has been the inspiration to build such a meaningful community on bases across the country. The Dunkin’ Doc is available to watch on the Dunkin’ Blog here.

For those cheering the possibility of social media regulation, in addition to the usually slew of problems, remember that regulation is anti-competitive, hurts smaller players and limits new entrants into the market that don't have the resources to comply.

To clarify an earlier Tweet here, outdoor restaurant dining in yellow counties starts June 5, and limited indoor seating in green counties is set to take effect May 29.
It will come as no surprise that both are Fridays, the unofficial 1st day of the week for the PA pandemic.