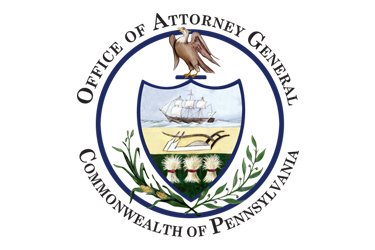 Pennsylvania Attorney General Josh Shapiro announced the arrests of three Delaware County residents for fraudulently billing the Pennsylvania Medical Assistance program for more than $320,000 worth of direct care services that did not occur.

Tina Artis-Watson and her husband, Robert Watson, reported providing 20 hours per day of services to Tina’s mother, Sylvia Meadearis. Surveillance of Sylvia, Tina, and Robert’s residence revealed that Tina and Robert did not perform the billed services for Sylvia and that Sylvia could herself perform many of the daily living activities. In addition, Robert Watson was working as a toll collector for the Pennsylvania Turnpike Commission during times he reported providing services to Meadearis.

Between February 2015 and August 2019, Tina Artis-Watson and Robert Watson billed the Medical Assistance program for 21,217 hours of service totaling $326,547.

“Home care work is a necessary and life-sustaining service for Pennsylvanians of all ages,” said Attorney General Josh Shapiro. “That’s why this case is so disappointing. I will not allow a few bad actors to undermine the value that this program brings to individuals across the Commonwealth.”

The case is being prosecuted in Dauphin County by Senior Deputy Attorney General Elizabeth M. Madigan. Special Agent Courtney O’Brien led the investigation with assistance from the U.S. Attorney’s Office for the Eastern District of Pennsylvania and the Bureau of Alcohol, Tobacco, and Firearms.

This will go down in history as one of science and medical research's greatest achievements. Perhaps the most impressive.
I put together a preliminary timeline of some key milestones to show how several years of work were compressed into months.

The virus doesn’t care if you believe in it or not. It can’t. It doesn’t have a brain.

#Breaking: @solidcorestudio SHUTDOWN after a Thanksgiving visit by @dcra inspectors. CEO said studios would remain open defying @MayorBowser order to suspend all indoor group exercise. Spokesperson: "we continue conversations...advocating for her to reconsider the closures"@wusa9

At this point, just hoping for healthy recoveries for the #Ravens. This isn’t about football any longer. #HereWeGo