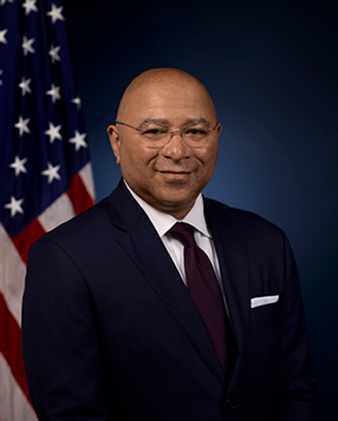 Timothy L. DeFoor was sworn in as Pennsylvania’s 52nd Auditor General and, in so doing, becomes the first African American and person of color in Pennsylvania to be elected to a statewide row office. DeFoor promised taxpayers that he will hold state government accountable for how it spends its citizens’ tax dollars.

“Accountability, integrity and transparency are what Pennsylvania taxpayers expect and deserve from their government in Harrisburg, and that’s exactly what I’ll deliver,” DeFoor said. “I will work hard to ensure our citizens that their hard-earned tax dollars are being used and spent appropriately.”

DeFoor resigned from his previous position as Dauphin County Controller before being sworn in. Pennsylvania Superior Court Judge Carolyn H. Nichols administered the oath of office during a ceremony held at the King Mansion in Harrisburg.

DeFoor brings 30 years of experience auditing and investigating government fraud, waste, and abuse to the Department of the Auditor General. Before being elected as Dauphin County Controller in 2015, DeFoor served as a Special Investigator with the Pennsylvania Office of Inspector General and as a Special Agent with the Pennsylvania Office of Attorney General.

DeFoor is a resident of Susquehanna Township in Dauphin County. He is a graduate of Susquehanna Township High School and has an Associate of Arts degree in paralegal studies from Harrisburg Area Community College; a Bachelor of Arts degree from the University of Pittsburgh; and a Master of Science degree in project management from the Harrisburg University of Science and Technology.

The Pennsylvania Department of the Auditor General conducts audits to ensure that state tax dollars are spent legally and properly. The General Assembly created the position of Auditor General in 1809. The position was held by gubernatorial appointees until 1850, when it became an elected office with a maximum of two, four-year terms.