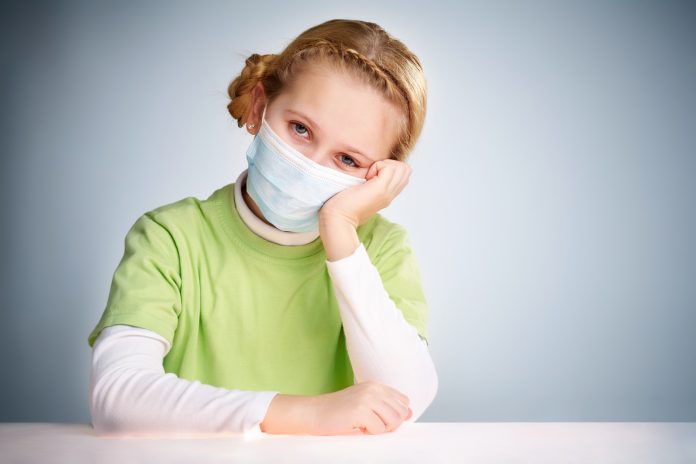 (Frank Ryan – Lincoln Institute) COVID-19 has absolutely brought out the best and the worst of our medical systems, health secretaries, our citizens and gubernatorial power.

Initially, wearing a mask was only for those who are medical professionals or those working with the sick.  Dr. Fauci, in an interview in March 2020 dismissed the value of wearing a mask.  His words resonated.  They made sense at the beginning of the pandemic.  It seemed like logical advice to follow.

He said: “The masks are important for someone who is infected to prevent them from infecting someone else….Right now, people in the United States people should not be walking around with masks….When you are in the middle of an outbreak it might make people feel a little bit better…but it is not providing the perfect protection that people think…”

Months later in June 2020, Dr Fauci and others made a strong case for wearing masks.   In an interview with Alexandra Kelly of thehill.com he states:

“Masks are not 100 percent protective. However, they certainly are better than not wearing a mask. Both to prevent you, if you happen to be a person who maybe feels well, but has an asymptomatic infection that you don’t even know about, to prevent you from infecting someone else,”

“But also, it can protect you a certain degree, not a hundred percent, in protecting you from getting infected from someone who, either is breathing, or coughing, or sneezing, or singing or whatever it is in which the droplets or the aerosols go out. So masks work,”

The important thing is actually physical separation,” Fauci said, adding that the combination of social distancing and face masks is the best way for the public to mitigate the spread and reduce transmission while maintaining some normalcy by venturing in public.”

In a similar vein, the Governor of Pennsylvania and the Secretary of Health put out a press release on July 1 mandating wearing of facemasks or so one would think.

From the secretary of health:

“Harrisburg, PA – Expanding on the business safety order signed by Secretary of Health Dr. Rachel Levine in April that requires the wearing of masks in businesses, Governor Tom Wolf today announced a new order signed by Dr. Levine that takes the mask-wearing directive one step further.

With this order, signed under Dr. Levine’s authority under the Disease Prevention and Control Act, masks must be worn whenever anyone leaves home. The order takes effect immediately.”

There was an almost immediate public outrage and divide over the mandate.  Social media exploded and a new crisis emerged.

The irresponsible way in which the press release was done gave the impression that there were no exemptions when in fact the exceptions were so numerous that the order was in fact a voluntary request for compliance rather than the mandate it was portrayed as.

The American people had become acclimated to being dealt like adults at least until the pandemic of 2020 tore through our communities.

Having become acclimated to second opinions in our own medical care, the public found themselves with no recourse to the various state secretaries of health.  Doctors were relegated to comply with state mandates rather than communicate with their patients.  A great divide was brewing.

An opportunity to build trust with the American people was lost and the potential negative impact on the relationship with the medical community and its patients may be irreparably harmed.   Bed side manners of doctors, nurses and our health care community were replaced by a bureaucratic, insensitive, non-appealable, and seemingly non-caring faceless bureaucracy.

People with legitimate medical reasons for not wearing a mask were shamed into compliance and social media became the battleground.  Effective medical decision making was replaced by group hysteria.

The cancelling of elective surgeries in virtually all the states put the state in front of the physician who had not recourse or power to heal and “do no harm”.

Health care professionals who dared question the wisdom of a Secretary of Health had to worry that their license, their entire livelihood, would be subject to disciplinary licensing action should they not comply regardless of the impact on the patient health unless it was COVID-19 related.

Senior care, putting seniors’ lives at great peril, took back seat to executive decisions and unrestrained departments of health.  Public trust, first in government and now in medicine, has been strained and is perhaps beyond repair.

Now is the time to get a second opinion of how to best handle the medical crisis of the future.  The lessons learned from this panic of 2020 should not be lost on us or the medical systems that we have known to trust may no longer be trusted with untold health consequences for those who no longer believe.

Frank Ryan, CPA, USMCR (Ret) represents the 101st District in the PA House of Representatives.  He is a retired Marine Reserve Colonel, a CPA and specializes in corporate restructuring.  He has served on numerous boards of publicly traded and non-profit organizations.  He can be reached at FRYAN1951@aol.com.