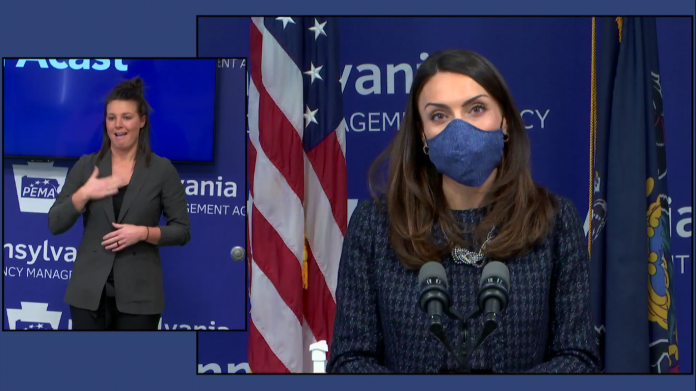 More than 100,000 Pennsylvanians may have to reschedule their COVID vaccine appointments because of a problem that started in January and has compounded over the last few weeks.  Acting Secretary of Health Alison Beam said 200,000 doses of the Moderna vaccine were given out by providers as a first dose.  The doses were intended to be second doses.

“We discovered some providers inadvertently administered the Moderna vaccine shipped to them intended as second doses, as first doses,” Acting Secretary Beam said. “We are taking immediate action to remedy the situation and are committed to ensuring that second doses are available.”

The newly appointed COVID Task Force apparently discovered the problem.  Secretary Beam would not say which providers made the mistake or where this occurred, whether it was isolated to certain parts of the state or if it was statewide.  She also did not explain why this began in January and only came to light now.

Because of the mistake and limited supplies, more than 100,000 Pennsylvanians who were scheduled to get a first or second dose of the vaccine may have to reschedule and wait another one to two weeks to get vaccinated.  The Department of Health is also extending the timeline for people who got the Moderna vaccine only to get their second dose, going from 28 days up to 42 days.

Secretary Beam said those who received the second dose as a first dose should return for another dose.

“For patients who received that second dose, they should not start the vaccination process all over again.   Rather, they should go back for a second dose.  There is no difference in the medicine in the first and second doses”, said Secretary Beam.