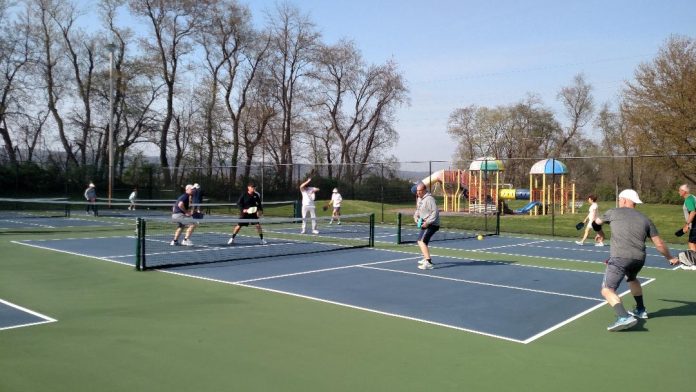 I first heard about Pickleball about a year ago.  It was cold and dreary and I was looking for physical activity.  A friend suggested Pickleball. “What’s that?”, I asked. Never heard of it.  Didn’t know anything about it so I tried it. At first, I didn’t get it. Didn’t understand the rules or what I was supposed to do but once I got it, I was hooked!

So what is Pickleball?  Some have described it as a cross between tennis, ping pong, racquetball, paddle tennis, badminton and whiffle ball.  Confused? Don’t be. It’s played on a court smaller than a tennis court with a paddle and a ball that looks like a whiffle ball. It’s a quick game, you play solo or in pairs. It’s fun, competitive and very social.

Attorney Tim Shollenberger of Shollenberger, Januzzi & Wolfe may practice law by day but his true love is Pickleball.  “Law gets in the way of Pickleball”, joked Shollenberger. He admits he’s addicted and honestly, so am I! “There are 3 things.  Number 1 is the social element. People are friendly and social. Number 2, anyone can learn the game relatively quickly and they can get good at it quickly.  Number 3, since the court is smaller, there isn’t as much running”, said Shollenberger. 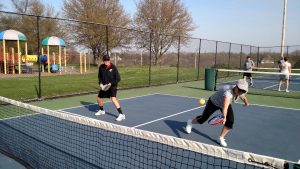 The game is very popular in states with warmer climates and an older population like Florida.  But here in Pennsylvania, pickleball is quickly exploding and players are obsessed with it. “It’s like a piece of cake. You have one piece and you want another one”, said Shollenberger who plays every day he can.  The game also seems to attract the 50 and older crowd-looking for some exercise that’s kind to their bodies but anyone can play.

Chris Bunner of Hampden Township also can’t get enough of the game.  “I’m a tad obsessed. Anybody can play it. It’s almost like golf but any level, any age, any size, and it’s just a ton of fun”, said Bunner. 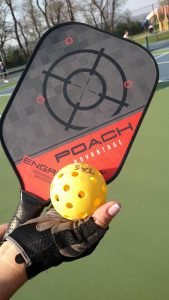 So grab a paddle and a ball and try it!  You might like it. I’ve been on injured reserve and haven’t been able to play in a while.  I’m counting down the days until I can get back on the court and resume my passion for Pickleball!